The Infinix Smart 5A was initially priced at Rs. 6,499, however the price has now been raised to Rs. 6,699. Reliance Jio offers a “upfront cash support” offer that credits Rs. 550 to a buyer’s bank account, but the gadget is tied to a Jio SIM. The Smart 5A is only available in one configuration: 2GB of RAM and 32GB of storage. It comes in three colours: Ocean Wave, Quetzal Cyan, and Midnight Black.

The Infinix Smart 5A is a large smartphone with a 6.2-inch display with a dewdrop notch on top. The sides and top of the screen have very thin bezels, but the chin is somewhat larger. Infinix includes a twin flash system in the front, as well as two LED flashes on either side of the selfie camera on the top bezel. The plastic body does not feel quality, but it is adequate for the price. 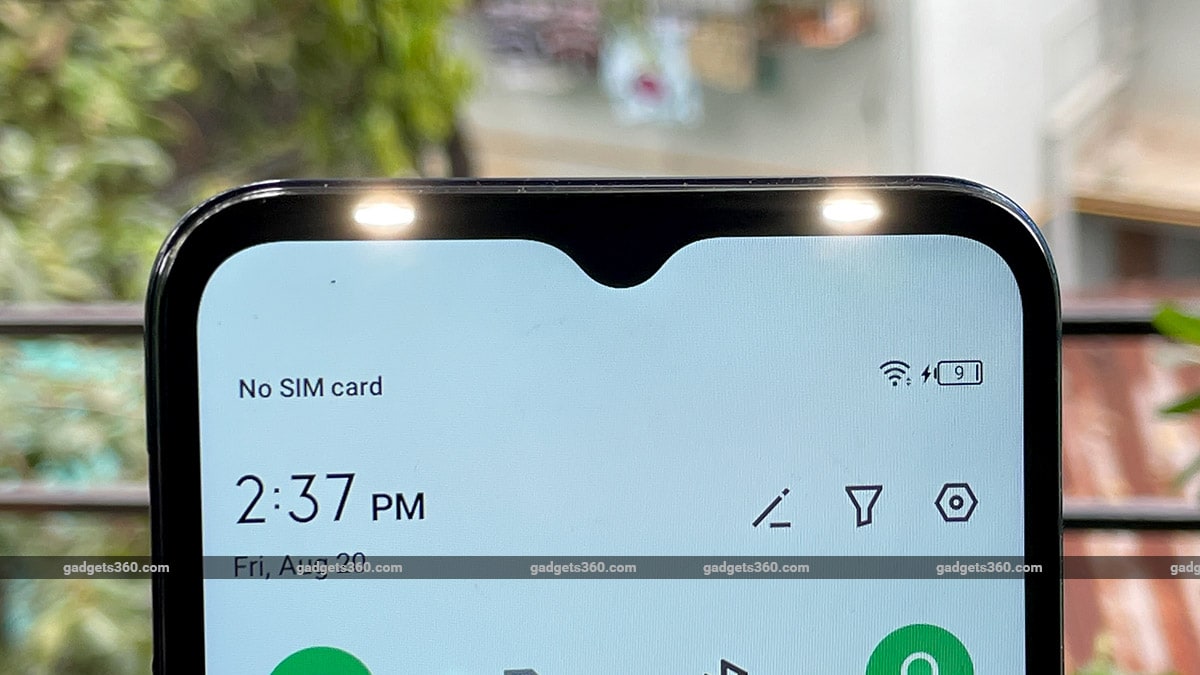 The power and volume controls are on the right, while the SIM tray is on the left. These buttons were easily accessible and provided a clicky response when pressed. At the bottom, there’s a 3.5mm headphone connector, a Micro-USB port, the main microphone, and a speaker. On this smartphone, Infinix might have omitted the Micro-USB connector in favour of a USB Type-C port.
The Infinix Smart 5A is neither too thick nor too hefty at 8.75mm and 183g. It was easy to use with one hand, in my opinion. It includes a fingerprint scanner in the rear, which I thought to be somewhat higher than optimal for reach. The Smart 5A sports a twin rear camera system in a slightly elevated module. The shiny rear panel quickly collects fingerprints, which are extremely apparent from certain angles. Infinix does provide a clear case in the packaging, which may assist with this.

Infinix Smart 5A specifications and software

The MediaTek Helio A20 SoC was chosen by Infinix to power the Smart 5A. This CPU has four cores and is built using a 12nm technology. There is just 2GB of RAM and 32GB of storage. The dedicated microSD card slot allows you to extend storage by up to 256GB.
The 6.52-inch HD+ display of the Smart 5A features a tall 20:9 aspect ratio. It has a peak brightness of 500 nits, which is acceptable indoors but may be somewhat insufficient outside. Bluetooth 5, dual-band Wi-Fi, dual VoLTE, and VoWiFi are all supported by the Smart 5A. There’s a 5000mAh battery in the box, as well as a 10W charger. 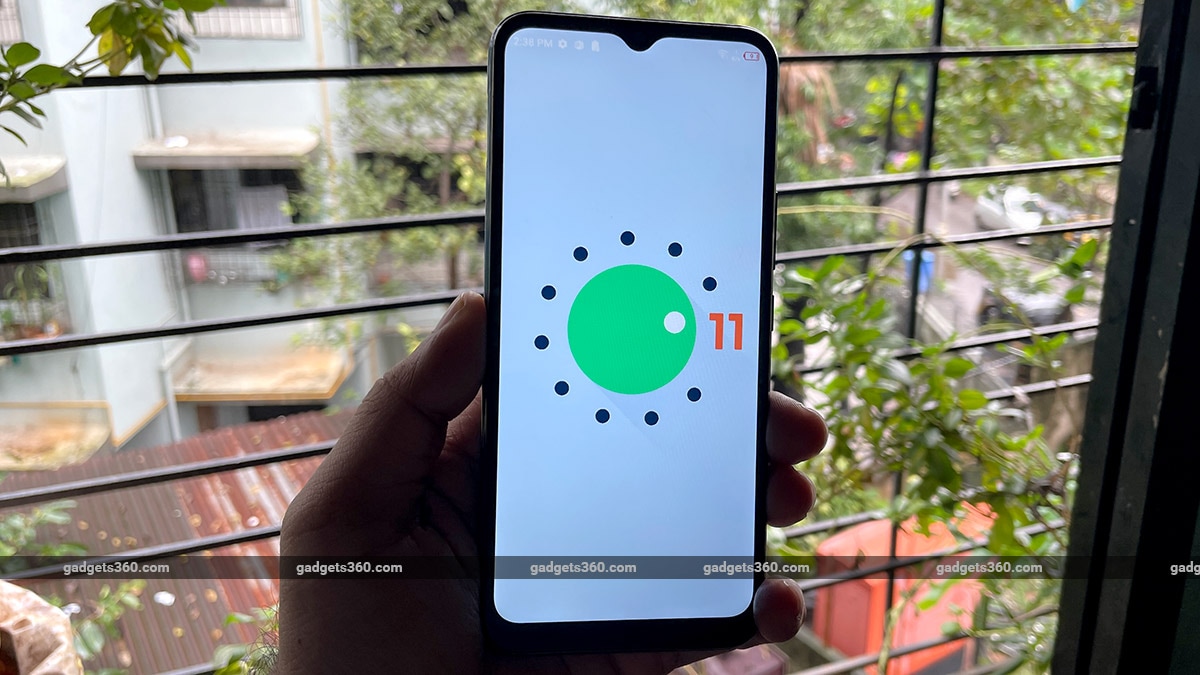 The Smart 5A is powered by XOS 7.6 on top of Android 11. (Go Edition). The June Android security patch was installed on my device. A few customizations have been made to the UI, as well as a handful of preloaded applications. AHA Games and Palm Store are preloaded and serve as substitutes for the Play Store. I found the Palm Store to be annoying since it constantly pushed alerts to me. There are several handy features, such as WhatsApp mode, which restricts data access to WhatsApp Messenger exclusively. There’s also a smart panel with shortcuts to your favourite programmes that can be accessed from any screen.

The Infinix Smart 5A is an entry-level cheap smartphone, so keep your expectations in check. The basic usage was reasonable, although I occasionally had to wait for programmes to load. Heavy programmes also take a long time to load. With only 2GB of RAM, the Smart 5A’s multitasking capabilities are restricted, yet enough for the price. Unlocking the Smart 5A with the fingerprint scanner or facial recognition occasionally took a little longer.
The Smart 5A received 74,984 points in AnTuTu and 125 and 430 points in Geekbench 5’s single-core and multi-core tests, respectively. In 3DMark’s Sling Shot graphics test, the Smart 5A received 416 points. It also ran the Car Chase and T-Rex sequences from GFXBench at 3.2fps and 15fps, respectively. 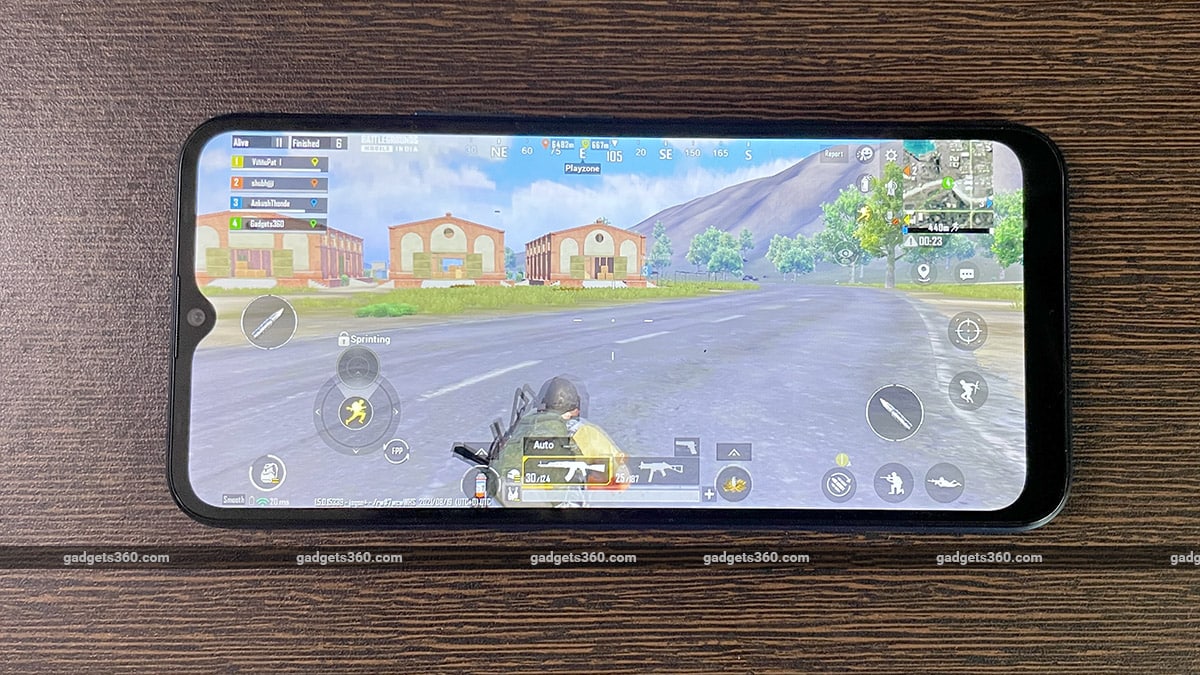 I played Battlegrounds Mobile India (BGMI) on the Smart 5A, and the game took a long time to load. It was set to Smooth visuals and Medium frame rate by default. At these settings, there was a lot of lag and stuttering, especially in crowded sections of the map. Casual games like State.io, on the other hand, worked flawlessly on the phone.
The Infinix Smart 5A’s battery life was excellent, lasting me a day and a half with moderate usage. In our HD video loop test, it lasted 15 hours and 5 minutes. The provided 10W charger charged the phone to 20% in 30 minutes and to 44% in an hour. It took almost two hours to fully charge it.

The Smart 5A has a very basic dual camera system, with an 8-megapixel primary camera and a secondary AI (depth) camera. It includes an 8-megapixel camera in the dewdrop notch for selfies, as well as two selfie flashes tucked away in the top bezel. The camera app is straightforward, and I was able to simply switch between different shooting modes. It has AI scene recognition and auto HDR. While using the camera, I noticed slow behavior, and the AI required some time to recognize each scene.
Daylight photos with the Infinix Smart 5A were mediocre. The dynamic range was inadequate, and the images seemed flat. Auto HDR was a little slow to kick in, and when it did, it improved the dynamic range slightly, but the details remained poor. 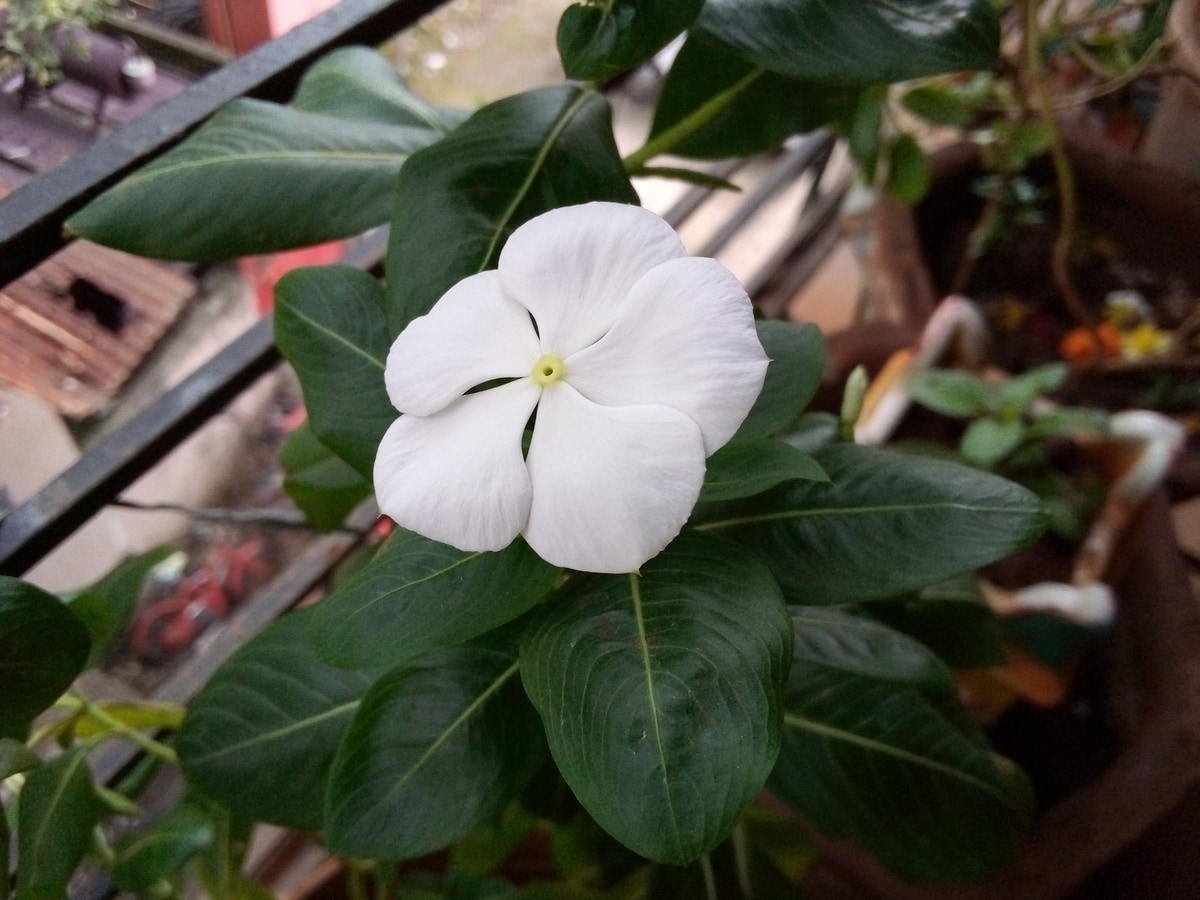 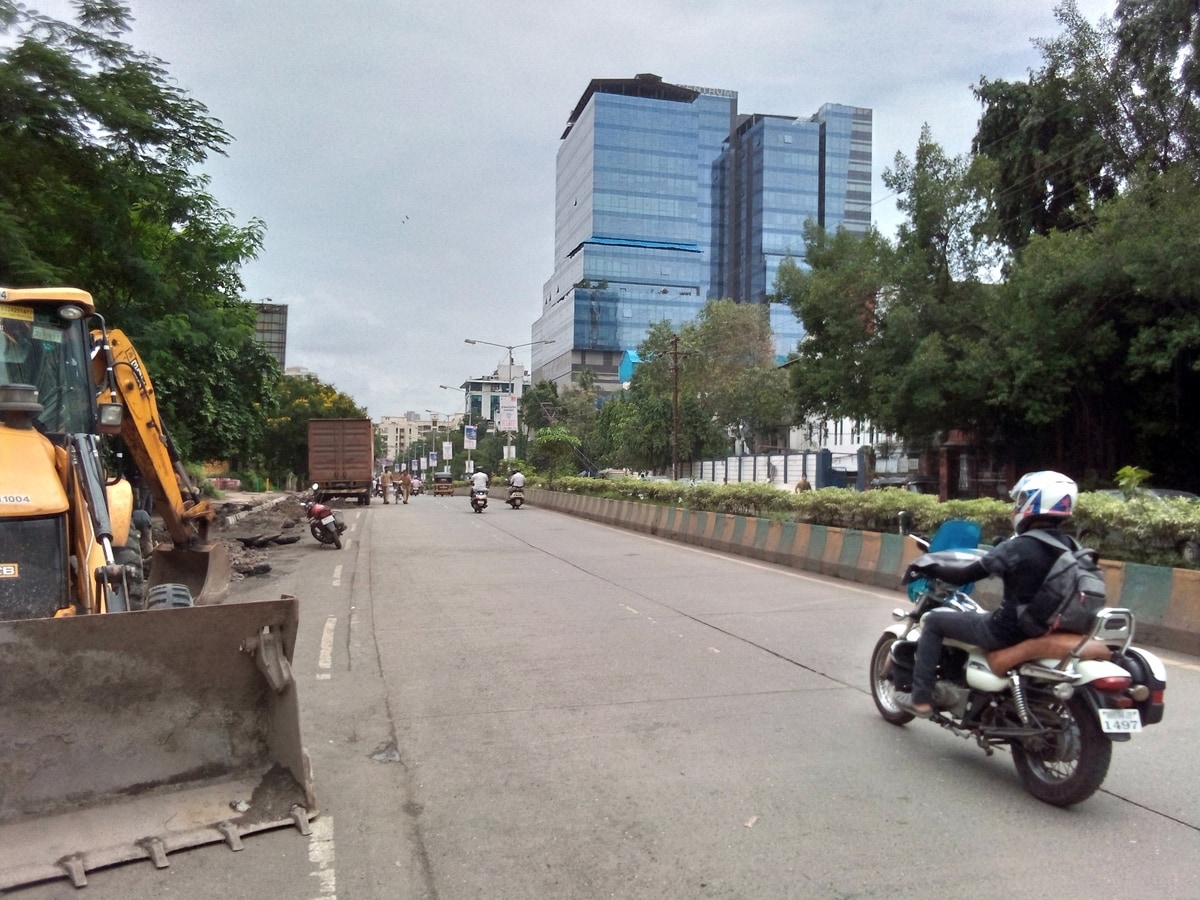 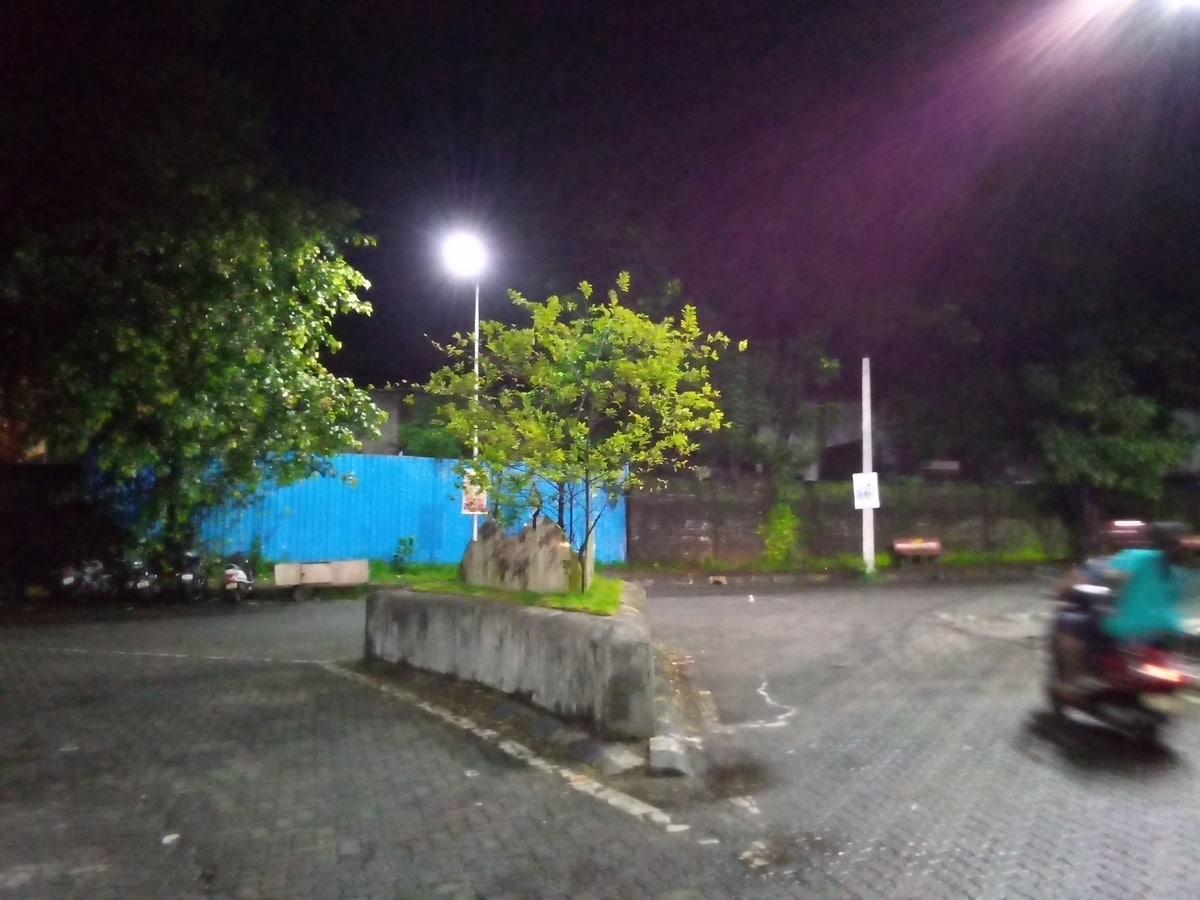 The phone’s close-up photos were good, although it was a little sluggish to lock focus. The result has a depth impression, and the details are quite good. There is a Bokeh mode that is ideal for portrait photography. This mode didn’t function well with objects, but it did work well with faces. The outcome was strictly average, and there was no option to adjust the amount of background blur.
The low-light shots were below par. The result was dark and lacked sharpness. There is no Night mode on this phone. Selfies shot under natural light were mediocre and seemed flat. In low light, you may use the twin LED flashes for slightly improved brightness. The primary and selfie cameras can record video at a maximum resolution of 1080p. The Smart 5A does not have video stabilisation. Daytime film was only OK, but low-light footage was practically useless.

The Smart 5A makes a number of compromises in order to reach the sub-Rs. 7,000 pricing point in 2021. It features a large display and a good 5,000mAh battery, but the cameras are subpar. The Helio A20 CPU provides enough speed for simple tasks, although Infinix might have included a 3GB RAM option for those willing to spend a bit extra.
If you’re on a limited budget, the Infinix Smart 5A is a viable option. The Xiaomi Redmi 9A is an alternative with a more powerful processor and 3GB RAM, but it lacks a fingerprint scanner. If you have a little extra money to spend, the Moto E7 Power may also be a smart buy.

No comments to show.